Hi! Welcome to my new blog which has replaced http://newsmyfanwy.blogspot.com/. I'll be setting the world to right from the perspective of the South West. Some comments may be more general than others but my aim is to talk about everyday issues that directly affect people around me. Needless to say, the views expressed here will be purely mine.

Li’l Ed and the country next door: Miliband and us

I shouldn't be surprised but it is a shame that Ed Miliband missed a chance to use his first public speech as Labour leader to show he understands Wales. He called on Labour to show it understands the economy and to stand by devolution but he ignored the elephant in the parlour of Welsh life – fair funding for Wales.

Wales loses out by more than £300m per year but Ed Miliband still thinks that the formula “serves us well”. Understanding the economy? Not ours!

More surprising still, there was no mention at all of the referendum on law-making powers, the major event of the next year in Wales and one that will – win or loose - shape our nation over the next thirty years. During the tedious months of Labour’s leadership contest, Carwyn Jones and his band of followers do not seem to have made any impact at all on their new boss.

It is good to see that Li’l Ed is now a convert to Plaid policies on the Iraq war, reform the House of Lords, a living wage and the putting people and communities at the centre of economic planning. Has somebody given him one of Ieuan’s speeches from 2005?

I only wish they had. Miliband needs to understand the country next door and he’s shown he knows virtually nothing and cares even less. While so many decisions that affect our life here are made in London his ignorance may be very dangerous to us.
Posted by Myfanwy Davies 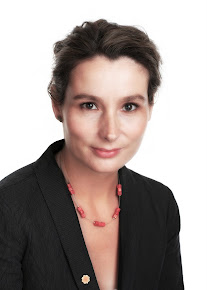 I was Plaid’s Parliamentary candidate for Llanelli this year, halving a Labour majority and making it a safe seat for them, marginal seat for us. I hope to stand as one of the list candidates for Plaid in South Wales at next year's Welsh General Election to help us win Neath for Alun Llew and gain momentum across the region! Having spent years teaching in universities in France and the Middle East, I came back to Cardiff in 2005 where I lead a team of NHS researchers at Cardiff Univesity Medical School. Engaged to Hywel Williams and planning to marry in December.